There is a promise in the bible- a commandment with a promise– Honor thy father and thy mother that your days may be long upon the earth.  I remember that phrase and the promise because I had always been a good daughter.  I knew I would grow to be very old–because I’m a believer.

What’s ironic to me now is that I don’t want my days to be long upon the Earth.  Once I lost Sam, I didn’t really have the desire to have that long life.  Despite the hope of grandchildren, the promise of marrying my children off, once Sam was gone, so was the desire.  But the promise remains, and I’m still alive.

When my dad was still alive, I would tell people that I was my father’s firstborn son.  I thought it was funny because it was so accurate.  It didn’t help that he would say I was more man than most of the guys he knew. 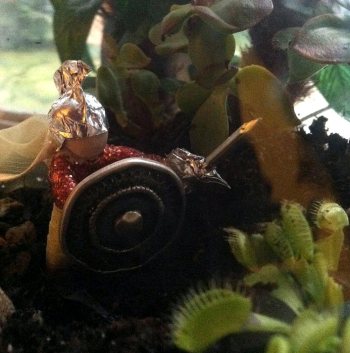 I regretted that I didn’t get to grow up like a girl sometimes.  I didn’t get to play with barbies, take gymnastics like my sister, try out for cheerleader.  Hell… I didn’t even get to try out for tennis.  I played on my father’s baseball team.  Every time he went to practice, so did I.  Much of my time was spent with him, and when I became old enough to drive, I worked for him. I worked on his political campaigns.  He wanted me to be the first female president.  Throughout all of this, despite his praise and constant confidence in me, all I wanted to be was a MOM.

I love baseball.  I play it well.  Better than a lot of guys, but I’m not ignorant to the fact that’s because lots of guys never played baseball.  While I may have wanted to play pro baseball when my dad talked it up to me, because who doesn’t want to be a pro, it wasn’t enough of a drive to even keep me playing.

I swore I wouldn’t be a surveyor, like him, even though the bulk of my work experience was working for him as a surveyor.

I burn out on politics every time I get “involved.”

My goal still remained the same throughout my entire life, even when I married a deaf-blind man who literally couldn’t hold a job good enough to support “our” family.  Though I ended up being the breadwinner, I still wanted to be like the women I saw at church who stayed home, made things, baked things, and not like my working mom, and definitely not what my dad wanted me to be.

It was my father’s birthday last week, and my brothers celebrated it in their own ways.  In my house, the weekend of his birthday is the same weekend that we celebrate my late husband’s angelversary.  We watch all of Lord of the Rings trilogy.  If we have time, we add Narnia.  There’s a bit of a conflict, because my late husband died on his birthday, and my father’s birthday is a few days later.  It’s a lot of mourning (or remembering) to go through in one week, but fate doesn’t care about things like that.

My father was never proud of me when I picked staying at home as a mom.  He thought I was selling myself short.  And when I had to leave my ex and become the bread winner, pay for the house I bought, the car I bought myself, etc etc, he wasn’t proud of that either.  By that time, when I was a working mom, he had almost died of kidney failure.

Before his illness, he had no empathy for ANYone’s illness.  Not my mom when she went into early labor, not people who had serious illnesses, not me when I had morning sickness, not his friends going through withdrawals.  After, he gained some understanding and perspective, and he started to hate when I told people I was his firstborn son, since I was his daughter.  He asked me to stop saying it.  So I did.

Now my father has passed beyond the veil, I think about how much we did together, how much like him I am.  I don’t feel like my father’s firstborn son as much, but that might be because he’s not here.  It’s a sort of empty victory.  He’s not here to make me regret my choices–to make me feel like picking being a stay-at-home mom for the fifteen years I had the ability to do that, was a bad choice.  I still have the regret that I didn’t get to do it longer, but I should have listened to my father when he said my first husband was a manipulating asshole and I shouldn’t marry him.  I don’t have my dad to consult on a multitude of things now, and I still don’t want to be president.

But I miss him all the same.