If you remember, a few days ago I wrote an article about Black Panther Oscar Nomination, and how Marvel capitalized on the hashtag #oscarssowhite to set themselves up to be a player in the best picture category.  They are participating in a game that Hollywood plays all the time.  But since they are now partnered with Disney, who has been in this competition a lot longer than MCEU, they have stepped up the game in the weeks leading up to the Academy Awards ceremony. 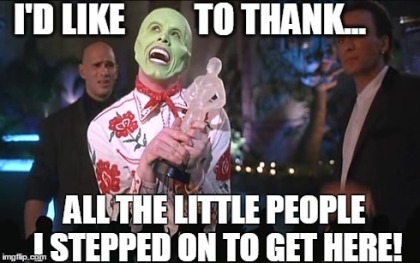 In this game of Oscar nods, first base is the movie itself.  It doesn’t necessarily have to be successful, as a plethora of Oscar nominated films with poor box office receipts, can attest to. But for a movie to be nominated it has to be released it must have 4 main qualifiers.  Here’s what HowStuffWorks.com has it listed:

Then, there is second base: Getting the critics to butter up the film with praise. That includes courting critics with free stuff, not limited to the viewing of said movie, invitations to parties, pressers and the chance to hobnob with actual stars. This, as you might imagine, clouds the critics judgement and is part of the problem in why critics seem to have such a different opinion than the public, as I covered a few weeks ago.

Third base is advertising, by which there are now several options.  There is “For Your Consideration” – where the studios, fans or groups will advertise in Entertainment Industry magazines like the Hollywood Reporter, Variety, LA Times, etc. as Wikipedia covers here.  That is starting to become a bit old school.  There are interviews in the mainstream media. Convention appearances and now you can include social media like Facebook and, of course, Twitter.

But… Disney is stepping up its game, trying to steal home plate, by bringing this to a new level only they could afford.  FREE movie tickets.

According to Newswire, Black  Panther will be free when it returns to theaters THIS Friday, February 1st.  AV News has it covered here. 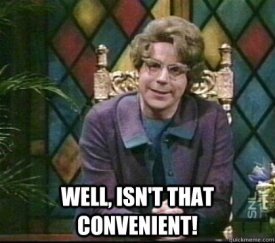 With this move, Disney is actually involving fans in the movement and pressure on the Academy to vote for the first comic book film to ever be nominated.  Though it’s definitely a twist of the arm using political correctness, the Twitter Mobocracy (Spike Lee said he wouldn’t have got a nomination without a hashtag, EVEN THOUGH he’s been nominated before–but lets not get into how everyone seems to forget the last 10 years when it’s convenient) and, more importantly, the fans, to ally up and get comic book films over the hump they’ve been behind for so long–it’s still a perfectly legitimate move.

There is a saying in the Bible that even through the evil people do, God will bring his good works to pass.  This understanding is echoed in mythology, history and even comic books. So even though I know that Twitter is evil, God-the Universe or Stan Lee, can still use it to show everyone that sometimes, comic book movies really rock.  We should all live like Iron Giants wanting to be Superman.  That’s what the Black Panther craze is all about after all, right?  Disney has managed to seep into the cracks of political correctness and pull out another multicultural success story to put an award on their own shelves.  Black Panther is fun, the female leads are strong, witty and funny, and the villain (Michael P Jordan) should have got a best supporting actor nod if we are going to say this film is worthy of an Oscar.  But I guess beggars can’t be choosers.

It’s kinda sick how manipulative this whole Oscar thing is, but at the same time, I’ve always thought comic book films should be considered for Academy Awards–and this IS the game you have to play.  It is sad, but at least we finally get some recognition for comic book movies.